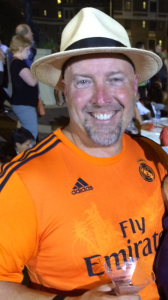 Mr. Lunceford has been a licensed practicing attorney since 1995.  During that time he tried over 25 jury trials involving employment discrimination and personal injury cases and over 100 bench trials involving Divorces, Child Custody issues, Restraining Orders and Criminal trials.  Mr. Lunceford has also had numerous agency cases involving unemployment hearings and unfair termination appeals for State of Missouri workers.  Mr. Lunceford, by himself or in conjunction with has obtained over 7 million dollars on behalf of his clients either by trial, or by settlements.  He is a member of the National Employment Lawyers Association and a Member of the Kansas City Chapter of the National Employment Lawyer’s Association.  He is also a member of Missouri Association of Trial Attorneys (MATA)both of which provide continuous communication and training on trial methods and strategies, all which combine to allow Mr. Lunceford to continue to improve and grow to become one of the best trial lawyers in the Kansas City Metropolitan Area, which is his ultimate goal and desire.
Mr. Lunceford’s passion is to change the prejudices of society that inflame bigotry and hatred in employment based on Race, Gender, Union Affiliation, National Origin, Age and/or Religion.  He strives everyday to listen to people’s life experiences and problems and to attempt to make employment situations better for all working people.

When you call the Lunceford Law Firm with an employment problem, expect that we will make an appointment with you that will last close to, or more than an hour and we will see what we can do to resolve your issue without a lawsuit, and failing that, if we believe in your case, we will prosecute and pursue the proper outcome with boundless energy and passion.  We do charge a consult fee with this type of case because of the time and energy involved in these type of cases, but other than the consult fee, we handled these cases on a contingency fee basis.

We handle these cases on an hourly basis with a free consultation.

Education: University of Missouri at Columbia.
Licensed in Missouri.